Court of Appeals of Maryland

The Honorable Angela M. Eaves is an Associate Judge of the Court of Appeals of Maryland, having been appointed by the Honorable Lawrence J. Hogan, Governor of Maryland, in February 2022.  She was first appointed to the District Court of Maryland for Harford County in 2000 and then the circuit court in 2007 where she served as the Administrative Judge from 2015 to 2022.  Judge Eaves has served on several statewide judicial committees including the Judicial Council, the Conference of Circuit Court Judges, the Court of Appeals Rules Committee, and the Joint Communication and Access Subcommittee.  She is an instructor for courses with the Maryland Judicial College and the National Council of Juvenile and Family Court Judges.

Judge Eaves was born in the Republic of Panama and moved to the United States in the early 1960’s.  She is a graduate of the University of Texas School of Law and the Lyndon B. Johnson School of Public Affairs in Austin, Texas with a Juris Doctorate degree and a Master of Public Administration.  She first practiced law in Dallas, Texas, with the City Attorney’s Office, then moved to Maryland in where she continued her legal career with the Legal Aid Bureau in Harford County, and the Office of the Maryland Attorney General in Baltimore City. 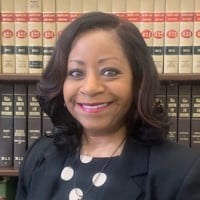