David Rodwin is a staff attorney in the Public Justice Center’s Workplace Justice Project, focusing on the rights of home care workers and other low-wage workers. His work includes litigating wage-theft and other cases in state and federal courts, conducting workers’-rights trainings for workers and advocates, and testifying before the General Assembly on Maryland legislation affecting low-wage workers. Before joining the PJC in 2015, he clerked for judges on the United States Court of Appeals for the Fourth Circuit and the United States District Court for the District of Maryland. He received his law degree from the University of California, Irvine School of Law in 2012 and his B.A. from Johns Hopkins University in 2005. 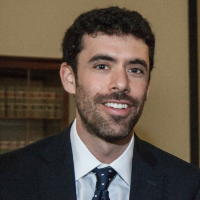