Debra Gardner joined the Public Justice Center as its Legal Director in January 2000. Since then she has participated in a wide range of impact litigation and other advocacy, including serving as the PJC’s lead in various national and company-wide collective and class actions concerning wage and hour violations and employment discrimination. She was also lead counsel in a case securing an injunction requiring the state to provide food stamps, Medicaid and temporary cash assistance to poor applicants throughout Maryland within 30 days as required by state and federal law. More recently she represented Afromation protesters and others arrested and detained during the 2016 Artscape festival to secure damages and Baltimore Police Department policy changes to prevent police retaliation for protesting police misconduct. Among her other responsibilities at the PJC, she directs the Appellate Advocacy Project, co-founded the Race Equity Project, and participates in the Race Equity Team. She is a graduate of the first Racial Justice Institute of the Shriver Center on Poverty Law (2014) and Baltimore Racial Justice Action’s Workshop for White People (2013) and Training of Trainers (2015). In 2022, she became a founding board member of Baltimore Action Legal Team (BALT), which supports the Movement for Black Lives in Baltimore. She works through national and Maryland networks to advance a race equity focus and analysis in the delivery of legal services and the practice of public interest law.

Before joining the PJC, Debra worked in poverty law at Maryland Legal Aid for over fifteen years, first as a staff attorney and then as the Chief Attorney of its Midwestern Maryland office in Frederick. During her time at Legal Aid, she handled impact litigation as well as a large volume of direct service litigation in housing, consumer, domestic, child advocacy, and public entitlements. She has been a trainer and mentor in substantive law, ethics, advocacy skills and legal supervision skills since early in her career. 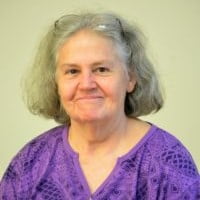