Judge Jensen was the Assistant County Solicitor from Anne Arundel County from 1981-1986, and a member of the Drug and Alcohol Abuse Council in Caroline County since 2004. Judge Jensen attended the Notre Dame Preparatory School and the University of Delaware earning her B.A. in 1977; and the University of Maryland School of Law receiving her J.D. in 1980. She was admitted to Maryland Bar in 1980 and is a member of the Maryland State Bar Association where she has served in numerous capacities as board of governors from 1985-86 and 1989-91, chair of the young lawyers’ section council from 1985-86, chair of the standing committee on membership from 1986-87, and as a member of the bar insurance trust. She has also served as president and treasurer of the Caroline County Bar Association. She has been the treasurer of the Women's Bar Association of Maryland in the Second Circuit Bar Association since 1996. Judge Jensen was also a member of People's Pro Bono Action Center and served on the board of directors and as president of the Center from 1992-93. She was on the Board of Directors for the Maryland Bar Foundation and Mid-Shore Pro Bono, Inc. She received a Service Award from the Pro Bono Resource Center of Maryland in 2007 and the Judge of the Year Award from the Maryland Access to Justice Commission in 2012. She also earned the Women and Girls Fund Award from the Women and Girls Fund of the Mid-Shore in 2012 and the Arthur Machen Award from the Maryland Legal Services Corporation in 2016. In 2017, Judge Jensen was named to the “Top 100 Women of the Daily Record.” 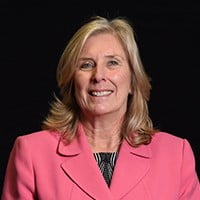 Back to Conference Page