Jessica Emerson, LMSW, Esq. (pronouns: she/her/hers) began the Human Trafficking Prevention Project (“HTPP”) at the University of Baltimore School of Law in August of 2015.  The project focuses on reducing the collateral consequences of involvement in the criminal legal system for survivors of human trafficking and those populations made most vulnerable to exploitation.  Prior to attending law school, Ms. Emerson was a clinical social worker at the Mount Sinai Adolescent Health Center in New York City, where she provided intensive, individual mental health counseling and case management services to HIV-positive and sexually high-risk adolescents.  Ms. Emerson received her Master of Science in Social Work degree from Columbia University in 2001 with a focus on health, mental health, and disabilities.  She trains statewide and nationally on criminal record relief for survivors of trafficking, trauma and traumatic reactions, and the collateral consequences of criminal convictions for people in the commercial sex industry.  She also co-authored a national report rating all 50 states and the District of Columbia on the effectiveness of their trafficking-specific criminal record relief laws.  Ms. Emerson is a barred attorney in Maryland, and a licensed social worker in New York State. 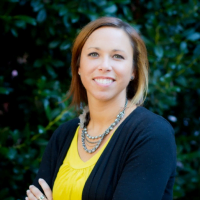