Panelist, The Impact of Water Policies on Communities of Color and Low Income: Looking beyond Maryland to Neighboring States and Cities

Mary joined ACLC’s staff in October 2008 to expand ACLC’s community-based environmental law work. Mary represents individuals in Southwest Virginia and Eastern Kentucky on a variety of environmental justice issues related to the legacy costs of coal mining, including landowners’ rights issues, toxic waste disposal, and safe drinking water. Mary has served on the Virginia Governor’s Advisory Council on Environmental Justice. Prior to joining ACLC, Mary worked as an Associate Attorney with the Southern Environmental Law Center and clerked for the Honorable Glen Conrad of the United States District Court for the Western District of Virginia. She earned her JD magna cum laude from Washington & Lee University School of Law. Mary and her family live on a farm in Wise County, VA, that has been in her family since the 1840s. 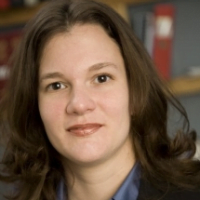