Mr. DeWolfe has practiced in the area of criminal defense since 1980. Most of his practice has been as a public defender in the State of Maryland. In 2009, Mr. DeWolfe was appointed by the Board of Trustees as the Public Defender of Maryland, the fourth attorney to hold this position in the agency’s history. In this capacity, he leads an office of 570 attorneys and 344 support staff. He first joined the Montgomery County office in 1981 as an Assistant Public Defender before leaving the office for private practice in 1989. He returned to the office in a leadership role in 2000 serving as District Public Defender for Montgomery County, Maryland and overseeing a staff of 34 lawyers. 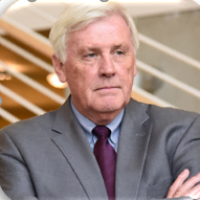 Back to Session Page
Back to Conference Page