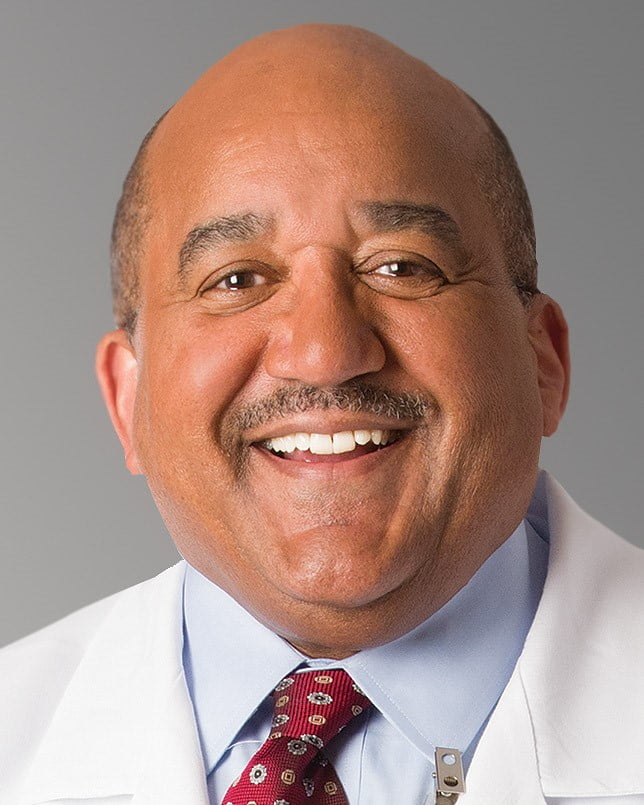 Register Now
Back to Event Site

Dr. Robinson has over 30 years of experience as a senior leader in the United States Military Healthcare System, culminating in his selection as the 36th Surgeon General of the United States Navy. The Surgeon General is the Chief Executive Officer for Navy and Marine Corps health care systems and serves as the primary advisor on all health care issues and policies for the Secretary of the Navy, the Chief of Naval Operations and the Commandant of the Marine Corps.

As the Surgeon General, Dr. Robinson served as the principle Tricare Health Plan representative for active duty Sailors and Marines, their families, and Navy and Marine Corps retirees and their families, numbering over 2.5 million people. Dr. Robinson led a team of 63,000 Navy Medicine personnel in over 220 health care facilities located worldwide with an annual budget of $3.5 billion. This included three tertiary care medical centers located in geographically diverse parts of the United States that provided the single largest source of residency trained health care providers for the Navy medical department. After retiring from the United States Navy as a Vice Admiral, Dr. Robinson served as the Medical Director and Staff Physician of Conmed Healthcare Management in Montgomery County, Maryland.