Panelist, Empowering the Survivor: How Legal and Social Services Advocates Can Work Together to Support Immigrant Survivors of Crime

Daniella Prieshoff earned her B.A. from the University of Maryland, College Park in 2007 and her J.D. from the University of Baltimore School of Law in 2012. After completing a judicial clerkship with the Maryland Court of Appeals, Daniella has represented immigrant survivors of violence as a staff attorney with Farmworkers Legal Services of Michigan, as a staff attorney and then senior attorney with the Tahirih Justice Center, and as a senior attorney with Kids in Need of Defense.  Currently, Daniella is the supervising immigration attorney with the Tahirih Justice Center. Daniella closely works together with social services advocates to represent immigrant survivors of gender-based violence at the immigration court, USCIS, the Board of Immigration Appeals, and domestic relations state courts. Daniella has served at the border at the San Diego emergency intake site for unaccompanied children and previously initiated a targeted advocacy project to expand the representation of workplace sexual assault survivors. 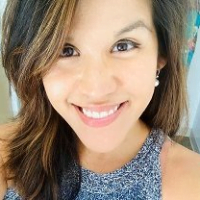